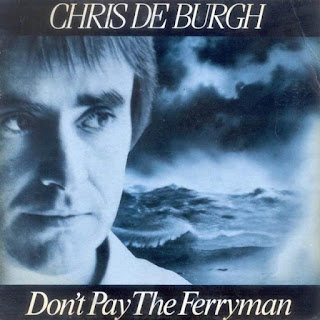 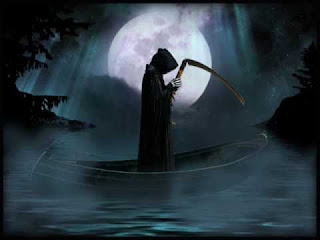 MTV turned 35 last week. For a kid like me growing up in the 70's and early 80's imagine the shock of turning on one of the defunct cable channels normally filled with static to find music videos streaming back to back 24 hours a day.

Back then the only videos up to that point were seen on Saturday Nights either local shows or TBS' Night Tracks in which you never saw the guy and gal announcer but they always intro'd the music video.

Which, by the way, consisted mainly of bands on stage playing their hits, not the elaborate animation, 'mini movies' we were soon to see.

One of those 'mini dramas' I always found interesting was the song ' Don't Pay the Ferryman' by Chris De Burgh. What a mix of mysticism along with Rock and his Irish accent made this song all the better.

I remember many a discussion around the Basketball Court or Tennis Courts as a teen as to what this was about, remember, no Google to run in an find out instantly. So, more than 35 years later I have an answer, although my buddies have probably long forgotten.

According to Greek myth, the name of the Ferryman was Charon and he was a tricky guy. You see, the mourners would put a coin on each eye of their deceased loved one and these coins were for Charon as fee for passage across the River Styx. However, halfway across the river, Charon would demand half payment, the drowned souls in the River Styx would cry out and tell the passenger not to do it! If you paid Charon one coin for half of the journey, the little shit would push you overboard and you would drown forever in the River Styx. NEVER pay the ferryman until he gets you to the other side!!﻿

So there you have it, 80's Rock with Greek Mysticism sung by an Irish guy and he's reading Shakespeare towards the end of the song. You can't beat that. We never find out if the traveler makes it across. Maybe that's the way De Burgh wanted it.

We do know now though, what the song is about.

I'm including a YouTube link so you can watch it here:
https://youtu.be/8kNwvIEQsg0