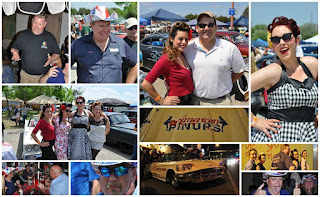 Derik Lattig says having fun at the Lone Star Round up with the American Pinups crew. Show available for your Network Check out the links here on youtube: https://youtu.be/HzL9FqTOdSY https://youtu.be/rR1yEOQZ868 Coming soon to a T.V. near you:  "American Pinups".  Description: In Fort Worth, Texas, meet Pin-Up Models  Lorelei Lee  and  Flossie Carmichael . Both have graced the pages of Magazines across the Country. With their retro 1950's look, and fashions to match, these two full time homemakers are becoming a hot commodity. Take a look behind the lens and follow their quest to become top pin-up Queens. 33-year-old Photographer  Rene Soliz  is the man behind the camera. He travels across the U.S., lining up models, locations and cars hoping to get that perfect shot which may become legendary. There's big bucks in the pin-up fashion world and it 's just an arms length away. Will these three find a little luck and strike it big? Directed and writte
2 comments
Read more
By Derik Lattig Cats - October 22, 2016 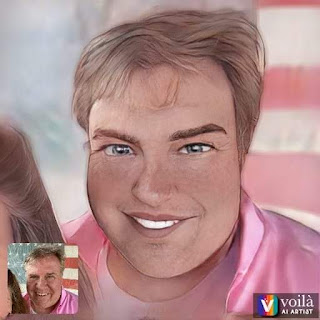 Derik Lattig says Russia Is Deploying The Largest Naval Force Since The Cold War For Syria: NATO Diplomat . #deriklattig #deriklattig.com @newzproducer   Info from  Tyler Durden Oct 19, 2016 2:42 PM Just moments  ago we reported  that in the latest escalation involving Syria, the Russian aircraft carrier Kuznetsov was now sailing past Norway on its way to Syria, where it is expected to arrive in just under 2 weeks.  As part of the carrier naval group, Russia also deployed an escort of seven other Russian ships, which we dubbed the "most powerful Russian naval task force to sail in northern Europe since 2014" according to Russia's Nezavisimaya Gazeta daily reports. It turns out it it was even bigger, because according to a  NATO diplomat cited by Reuters , Russia is "deploying all of the Northern fleet and much of the Baltic fleet in the largest surface deployment since the end of the Cold War," the diplomat said on condition of anonymity.
Post a Comment
Read more
By Derik Lattig Cats - October 18, 2016
El Camino for 201?? Chevy’s El Camino is that iconic half car/half truck that some younger drivers may not remember. Chevrolet ran production on the El Camino twice. The first run was in the 1959-60 model year but only lasted two years. The second run was much more successful and ran from 1964 to 1987. Now, Chevrolet has decided to bring it back, and it’s looking pretty sexy! What do you think? https://youtu.be/DDAy1svScko #deriklattig #deriklattig.com  @newzproducer
Post a Comment
Read more
By Derik Lattig Cats - October 18, 2016

Creative Man Builds a Feline Feeding Machine That Requires His Cat to Hunt for His Dinner by  Lori Dorn  at  5:32 pm  on  August 6, 2015 Click to share on Facebook (Opens in new window) Click to share on Twitter (Opens in new window) Click to share on Tumblr (Opens in new window) Click to share on Pinterest (Opens in new window) Click to share on Google+ (Opens in new window) More Ben Millam , a man who describes himself as an “aspiring geek” built  an amazing feline feeding machine that requires his cat Monkey to hunt for RFID-tagged white plastic balls placed strategically around the house. Whenever Monkey finds a ball, he takes it over to the machine and inserts it into a blue bowl fitted on top and food comes out of the feeder. Millam said that  he built the feeder  because he wanted to make sure that Monkey’s life was more fulfilled. So instead of feeding my cat, I hide these balls around the house… This all started after I read an explanation of why
Post a Comment
Read more
By Derik Lattig Cats - October 14, 2016
It Costs U.S. National Parks almost $1 Million a Year Each to Keep Looking Natural #Deriklattig #LattigDerik @Newzproducer Courtesy  Meredith Rutland Bauer When visitors to the Grand Canyon National Park peer over the edge of the vast expanses, they often assume the ground below is completely untouched—as wild as the day 16th-century conquistadors stumbled upon the canyon. What they don’t see are the weedwackers cutting up invasive plants, the roads designed to keep visitors moving seamlessly through the park, and the rangers inspecting far-off gravel quarries for foreign seeds that could hitch a ride on the purchased construction material. Not to mention the prescribed fires, animal tagging, and constant hunt for endangered saplings. In fact, vegetation and wildlife experts spend entire careers making sure national parks look natural while unnaturally—but carefully—balancing the ecosystem’s needs and visitor safety. It takes a lot of effort to restore lands that
Post a Comment
Read more
By Derik Lattig Cats - October 14, 2016
Cut the calories by substituting 'fake junk food' into your diet Courtsy AOL #DerikLattig #LattigDerik #Deriklattig.com @newzproducer This diet means you can eat dessert and pasta while cutting down on calories. It's part of the latest trend that is  more focused  on substitution than restriction. SEE ALSO:  Some genius patented this epic hot dog-hamburger hybrid Some call it ' fake junk food ', but really it's just substituting fruits and veggies in yummy dishes like desserts. So if you're on a diet, you can still have some chocolate pudding -- just made with avocados instead. Some researchers say this substitution trend is the best option to cut down on calories. But that doesn't mean you can eat an entire pound of zucchini spaghetti. Everything in moderation. The water in the fruits and vegetables helps add weight to your diet, making you feel full without the excess calories. Do watch out for the real thing masqueradi
Post a Comment
Read more
By Derik Lattig Cats - October 07, 2016
The Follow Up Email That Works Better Than 'Just Checking In' #DerikLattig #DerikLattig.com #LattigDerik Fact #1:  After you’ve interviewed for a job, hiring managers don’t always get back to you in the time frame they told you they would. Fact #2:  You should absolutely follow up with a polite email if you’re expecting to hear back and you haven’t. Fact #3:  You can use this message not just to check in, but to give the decision-maker even more info that’ll show you’re the right person for the job. That’s right. Take this traditional “just following up” email: Hi Damon, I hope you had a great week. You had mentioned that you’d be in touch with next steps on the hiring process by Wednesday, so I just wanted to check in. Please let me know if there’s anything I can do to help with your decision. Best, Adrian There’s nothing wrong with that note. It’s brief, it’s polite, and it gets your name in front of the hiring manager. That said, instead of  asking  if
Post a Comment
Read more
More posts