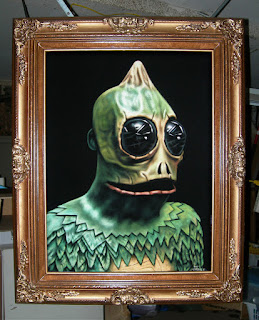 The American workforce is getting older, forcing new discussions on how to get these workers educated in skills needed for high-paying jobs.
Older workers, aged 55 and over, represent the fastest growing labor group in the US. By 2024, nearly 1 in 4 people in the labor force will be age 55 or over, according to the US Department of Labor. The increased workforce participation from older workers results from both increased lifespans, and financial constraints: nearly half of households headed by someone 55 or older has nothing saved for retirement.
Currently, 3 million older adults are looking for full-time employment, Emily Allen, senior vice president for programs at AARP, told Business Insider. Many individuals seeking full-time might be part-time, or in low-wage jobs with limited growth opportunities.
The biggest barrier to entry for older workers isn't a lack of skills: it's ageism. "The pickings are slim, the competition is fierce," Alice Fisher, founder and executive director of the Radical Age Movement, told Business Insider. "The last time I participated in a job fair specifically targeted for older adults, attendees were happy: at least someone is trying to do something about this."
MORE REWARD FOR STOLEN CAT GROWS
Since firing employees and replacing them with workers who have different skills cost companies billions in lost productivity, severance packages, and recruiting, reskilling current employeesoffers companies a cost effective solution to bridge the skills gap. Yet while 54% of executives in banking say the skills gap will influence workplace strategy, only 3% say they plan to increase investment in reskilling over the next three years, according to consulting firmAccenture.
Government retraining programs are also sparse. Currently, reskilling programs offered by the state government do not offer age-specific training, according to Amanda Bergson-Shilcock, director of upskilling policy at the National Skills Coalition. At the federal level, one program exists to retrain older workers, but only seniors who make below the poverty line qualify.
AARP offers a Back to Work 50+ program not only to guide older adults through job training programs at community colleges, but to help demystify the current job application process. Back to Work 50+ even helps participants navigate LinkedIn and write a résumé, Allen said. Since launching in 2013, the Back to Work program has provided job resources to 55,000 people.
Even for highly skilled senior workers, activists say ageism can be a barrier to entry for high-paying jobs.
Most of the growth in the older workforce comes from educated seniors. The share of senior workers with college degrees increased from 25% to 53% since 1985, according to a survey from investment management platform United Income. While the survey reported the real income of retirement-age workers increased due to more college educated adults working longer, a separate report from theEconomic Policy Research found unstable or low-wage jobs make up half of growth for older workers.
Interest in low-wage jobs like "server" and "laundry attendant" increased for retirement age job seekers over the past four years on the website Jobcase, nicknamed " LinkedIn for blue-collar workers." Conversely, interest in "manager" jobs among people under 65 increased by 65% since 2015; for retirement age job seekers, interest in manager jobs declined by 30%.
An investigation by ProPublica last year found more than half of US workers are pushed out of longtime jobs before they choose to retire. Seniors who want to work yet cannot find the opportunity to do so are often broke: the share of US workers who have suffered financially damaging, employer driven job separation after 50 increased from 10% in 1998 to 30% as of 2016, ProPublica found.
"Most older adults really have come to face that they are not going to make the same salaries," Fisher said. "People who lose their jobs in their 50s are really in big trouble. It is very hard to get another job."
Many companies pushing to hire older workers come from low-wage industries looking for low-skill labor. McDonald's, for instance, recently partnered with AARP to get older workers more job opportunities. The fastest-growing sectors for older workers pay so little, that many employees claim food stamps, according to a report from The New School.
#Ageism #DerikLattigCats #DerikLattigCBSDFW
#DerikLattig #DerikLattigCats Derik Lattig Information LATTIGCBS #DERIKPRODUCER LATTIGCBS #DERIKPRODUCER Derik Lattig Cats