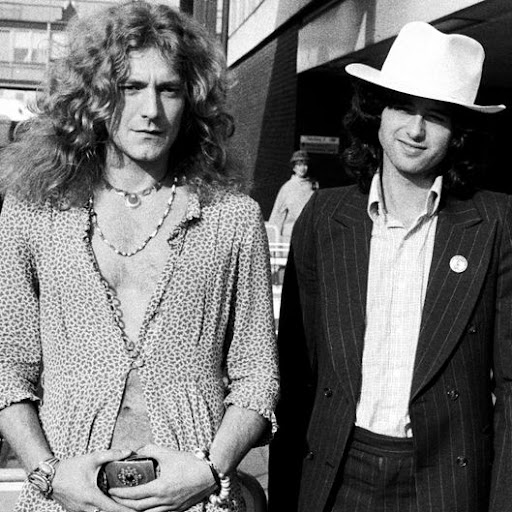 Derik Lattig says Sit Back, Relax, and Listen to a Previously-Unreleased Led Zeppelin Track By  Devon Ivie Follow  @devonsaysrelax 43 Shares Share 40 Tweet 0 Share 3 Email 0 Print Photo: 2016 Getty Images No  lawsuit  to worry about here. Ahead of the release of Led Zeppelin's  The Complete BBC Sessions   in September —  an expansion of the Jimmy Page-overseen  BBC Sessions  from 1997  —  a previously-unreleased track has been unearthed and shared. Recorded at a 1969 appearance in London, the bluesy three-minute "Sunshine Woman" is one of eight other new Zeppelin songs that will be featured on the album. The original tapes that recorded the "Sunshine Woman" sessions were lost (which also included different versions of "Dazed and Confused," "I Can’t Quit You Baby" and "You Shook Me") , and although a bootleg recording later surfaced, the song had not been formally released until now.  "There’s no point pretending it wa
Post a Comment
Read more
By Derik Lattig Cats - August 23, 2016 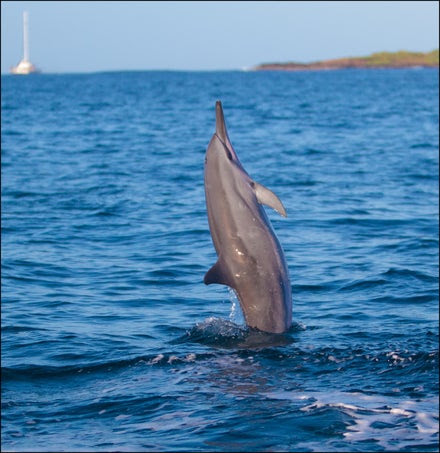 Federal Officials Propose Ban On Swimming With Spinner Dolphins In Hawaii Scientists say tour groups that approach Hawaii’s spinner dolphins are disturbing the daytime sleeping habits of the nocturnal hunters. HONOLULU, Hawaii — Federal regulators are proposing a ban on the popular Hawaii tourist activity of swimming with spinner dolphins out fear that the practice is disrupting the daytime sleeping patterns of the nocturnal hunters. The dolphins swim into bays along the coast of the Hawaiian Islands to sleep for most of the day, and then move into the deep-ocean small fish and other prey that rise from the depths at night. The National Oceanic and Atmospheric Administration  says boats that take tourists to swim with the dolphins are actually inhibiting their sleep, although it may be hard for people to tell since the animals continue to swim and keep their eyes open. NOAA’s proposal, released on Tuesday, would ban being within 50 yards of spinner dolphins, with some excep
Post a Comment
Read more

Power by Ford (Ford, Mercury, Edsel, Lincoln): 1962 NASCAR Galaxie 500 Starlift : A Replica Revives the Memory of an Unusual Race Text by David W. Temple Photos by #DerikLattig except as credited  ( Model year changes for the 1962 full-size Fords went beyond fresh sheet metal, dimensional differences, and mechanical tweaks. One of the several notable changes was the elimination of the Starliner, and with its departure, the sleek roofline. All closed non-wagon models had the T-Bird inspired “box top” roof which soon created a problem for those who were racing Fords on the super-speedways. An unusual solution to the drag-inducing boxy roofline was developed for the racecar drivers, but it lasted for only a very brief time during the model year and resulted in what is said to be the only officially “illegal car” to win a Grand National event. The Starlift top was a detachable fiberglass roof for the Sunliner, the name for the convertible model. The roof was shaped basically the s
Post a Comment
Read more
By Derik Lattig Cats - August 17, 2016 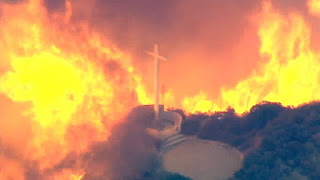 Wednesday Muse August 17, 2016 'A devastating symbol of a cross engulfed in flames from California's epic #wildfire ' #deriklattig @Newzproducer There are times in our life that we see a photo like this that sparks (no pun intended) the fight between Heaven and Hell, Good and Evil. The cartoon Sheepdog vs Wile E. Coyote. I think no matter which branch you cling to on the religious tree, we can agree there is good and bad in the world. Bad appears to be fire approaching a picturesque cross on a cliff in this case. I use the word 'appear' because if you talk to anyone at the National Forest Service they will tell you that when contained, Fire in itself is a good thing. It burns out undergrowth and allows room for new saplings to grow into the forests of tomorrow. This picture though is not just a contained wildfire that got out of hand, its costing lives, destroying property and changing life forever for many families. I would hope rather that focus on th
Post a Comment
Read more
By Derik Lattig Cats - August 16, 2016 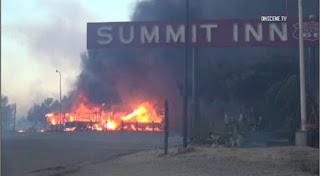 # BreakingNews Historic Route 66 landmark Summit Inn in Hesperia CA burns #bluecutfire Tuesday Muse Goodbye to an Old Friend #deriklattig @Newzproducer The Headline above about says it all for this famous #Route66 Cafe in California. Flame from the #BluecutFire destroyed it earlier tonight. I was familiar with the Summit Inn from various books on the Mother Road but here are its details. From Wikipedia: "The original Summit Inn was in operation in 1928 and takes its name from its original location at the summit of the  Cajon Pass  between the westbound and eastbound lanes of US 66. The present location in unincorporated Oak Hills, California has been in operation since 1952 when 66 was rerouted along a somewhat lower elevation. 1953-era postcards depict a Horseless Carriage Rally at the Summit Inn which included vintage Ford  Model T 's. Cecil “C.A.” Stevens bought the station and restaurant from original builder Burt Riley in 1966; he'd wanted just th
Post a Comment
Read more
By Derik Lattig Cats - August 13, 2016 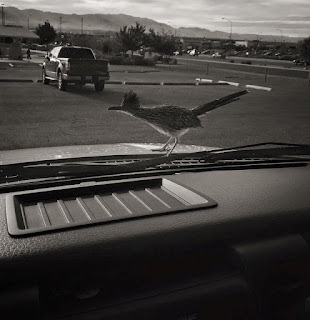 Saturdays Muse Road Runner-Why Not? August 13, 2016 Derik Lattig #deriklattig @Newzproducer I saw this photograph show up in my Facebook feed. I wish I had been lucky enough to take this great shot but alas I will have to settle for this. Which, isn't all that bad, since I'm from New Mexico and this is the State Bird. You see Road Runners in Texas, sure but for some reason they don't seem to carry the clout that their cousins in the Land of Enchantment do. These birds were made famous by the Warner Brothers Cartoons where one of these birds zipped across the desert while an inventor crazy Coyote did everything he could to get a simple dinner. I didn't see a lot of Road Runners in New Mexico when I lived there, but there was a family which lived by a Tennis Court where I taught lessons. Every day we would see them come out of the 'arroyo' that's NM speak for 'ditch' and begin their days looking for food. These birds are meat eaters, like
2 comments
Read more
More posts