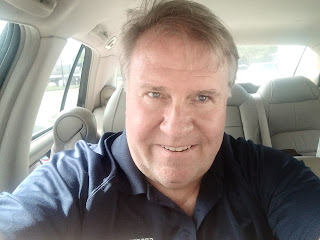 I came across this blog and wanted to share it  thanks  https://www.naturalcatcareblog.com/2014/05/natural-flea-control-for-cats/   Does your cat hate getting a chemical flea treatment? Do you worry about the safety of flea treatments? You are not alone. Even the product manufacturers will tell you not to use many of the chemical flea treatments on animals who are ill or over 8 years old (what they call “senior”), but so often our cats don’t show they are ill until it’s too late. (This was the case with my cat. It was a terrible experience, and it’s why I became determined to find alternatives.) The flea treatment could cause serious damage if their immune system is already compromised by something else. Only recently has it come to light that a couple of popular natural flea remedies are also toxic to cats in particular. I’m referring to  garlic  (which may have issues) and  especially  to  essential oils … Why cats have special needs when it comes to flea control It turns out that ca
2 comments
Read more 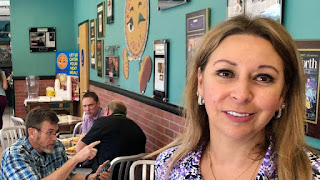 Just sit right back and let me tell you the tale of two #FortWorthTexas Restaurants.  One, which is the new kid on the block and another, which is indeed the oldest but also performs like a stodgy old blowhard hoping the past will reap benefits for its future. First,  meet Enchiladas Ole (2418 Forest Park Avenue), a medium-sized Mexican food restaurant serving all of your favorites just down the street from Texas Christian University.  Owner Mary Patino Perez opened the doors here at this location in 2019. No stranger to traditional Mexican food, Perez has a mantra: " The way I remember making enchiladas with my Mother"  Perez started out back in 2013 selling complicated, craft enchilada sauces, and customers asked her to open a restaurant. READ ABOUT THE MOVE HERE Enchiladas Ole has been voted one of the 10 best Tex-Mex restaurants in Texas in a USA Today poll and also voted to a 10 best queso list. With its outdoor patio and spacious seating, you'
3 comments
Location: Fort Worth, TX, USA
Read more

Short and sweet. Whoa! Original Mexican Eats!  ✋ Been going here for over 20 years, spending an average of 40 dollars on a Sunday. Walked in today to find the table we normally sit at was reserved by a River Crest Country Club member. In an attempt to get along we found a small table and crowded around it. That is problem number 1. No one ever told us the tables could be reserved a week ahead of time.  Problem number two is Cindy, the waitress says she "inherited our table" and has "no idea" what anyone had but the bill was $180 and she  charged 18% gratuity even though 2 out of the 6 people sitting there were on a separate ticket. I threw down $70 which was way more than I had and left and on the way out I spoke to the manager Tammy Holt who basically said sorry that's the way it goes.  So, my message to you is if you go here, in a group ask for separate tickets otherwise they will slam you with a monster bill. This is ridiculous, we have supported the
1 comment
Location: 4713 Camp Bowie Blvd, Fort Worth, TX 76107, USA
Read more
By Derik Lattig Cats - January 22, 2020
Tag Line:  Deep in the Heart of Texas, Football is king and the fields it's played on have to be safe and top notch for prep to professional players. Follow the weekly exploits of one former NFL player who races to secure contracts and meet deadlines installing turf around the Country. It's a competitive industry, welcome to Turf Wars. Intro: Jeff Gossett played for the world famous Dallas Cowboys, tearing up the turf weekly, sharing the field with all the greats from Troy Aikman to Deion Sanders. These days, rather than playing on the field, he's selling the field to stadiums across America. From replacement of old turf to newer safety turf, Gossett works weekly to manage deadlines, outbid competitors and make sure things are ready to go come the weekend. Based in Dallas Texas Gossett works for Paragon Sports and has overseen installation at countless stadiums from new mult million dollar prep fields to the world famous cowboy stadium. Come join us on a wee
1 comment
Read more
By Derik Lattig Cats - November 25, 2019
Tips For Having To Be Flourishing At E Mail Advertising And Marketing... Info No. 38 Of 955 With all of the information you just learned you should start feeling like you have a reasonable game plan ready to get started in your internet marketing goals. Now that you have an idea of what to do get as started as soon as you can. The sooner you start, the sooner you're sure to see success. In the end, Internet marketers are all about identifying and remedying issues. Look at the top questions of each day, and begin your day by composing some answers. If you assist somebody with a tricky situation, you will earn their loyalty and their recommendations according to June Ferreira. . Flashy websites look neat, but avoid making your website too distracting. You only have a few seconds to engage your potential customer and give them a reason to stay on your site. If your site can't quickly grab your visitor's attention, they will click away to search elsewhere rather than
Post a Comment
Read more

By Derik Lattig Cats - November 21, 2019
I have a lot more to say about my Dad tomorrow during the funeral. That's the TV guy in me coming out, teasing for the next big story. His life was a big story. He accomplished a lot during his 85 years. A successful career in the US Navy, a businessman and of course a husband and father. It was not really until a few years ago when I was talking to him about certain international events going on after Iran boarded a US Navy ship that I realized how exactly tough he was. You see, I never saw this side of him. He was a loving, kind and generous man to everyone he met, however he quickly snapped to attention saying the Commander of the US craft was in big trouble for not going down with the ship. He said that's all part of it, you never surrender. And for my Dad Ed, he never surrendered despite storms on the horizon, whether it be financial or otherwise, his message was never give up., This has been a tough year for my small family with the passing of my Mothe
Post a Comment
Read more

By Derik Lattig Cats - November 21, 2019
Edward Charles Lattig 1934-2019 RIP For a man who left the world this week with every earthly possession one could hope to own, you may think he had lived a charmed life and is one of those who just stepped into wealth and love passed down from his family. The story of Edward Charles Lattig is anything but that. I will tell you about the journey of a man who came from having literally nothing, nearly on the streets of New Jersey to later in life walking the halls of the United States Pentagon. You see "Ed" or "Eddy" as he was called by friends and family was born in February of 1934, to Charles and Maria Lattig in Newark New Jersey, He was the youngest of the family with an older brother in his 20's and two sisters in their teens. Eddy's mother Maria came to America when she was only 16, scared and alone she made her way through Ellis Island where a cruel immigration official, wrote "Tamale" on her entry papers instead of her maiden name
Post a Comment
Read more
More posts